Human-centred robots such as prostheses, exoskeletons and humanoids, are becoming increasingly relevant worldwide. Many prototypes are moving out of the lab into everyday applications, in a wide range of market domains. Several roadblocks exist in this process. Some of these are technical, while others are related to the lack of reliable performance/safety indicators for these devices to meet international certifications and standardization requirements. The Robotic Research Agenda[1] has emphasized benchmarking as an important instrument to assess the Technology Readiness Level (TRL) and to quantify how robotic solutions match user needs. Recent international efforts (e.g. RockIn, Robocup, Cybathlon, DARPA Robotic Challenge) have confirmed the interest of the scientific and industrial communities in evaluating (and comparing) the performance of robotic systems in real-life environments.

However, a consolidated benchmarking methodology for Robotics has not been reached yet. In this direction, the Multi Annual Roadmap for Robotics in Europe (MAR)[2] has proposed a comprehensive list of System Abilities to help quantifying the performance of a system. Nevertheless, due to the high variability of robotic applications and technologies, it is still not clear how System Abilities can be quantified and measured on a realistic and application-specific basis. In particular, we identified three main problems: 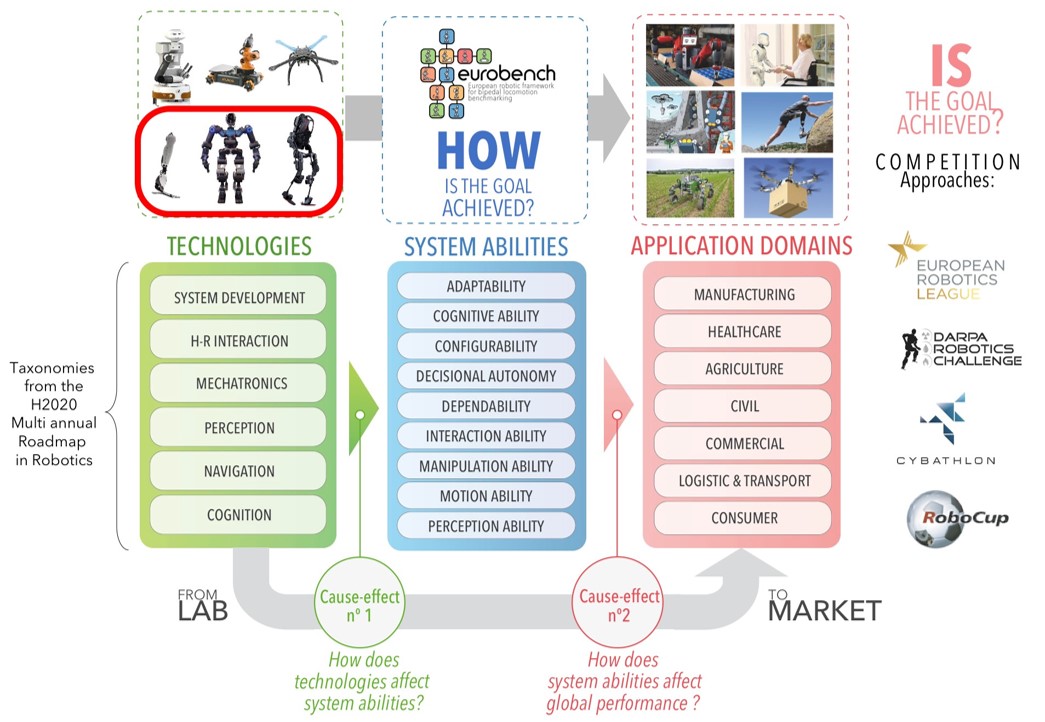 In order to fill these gaps, EUROBENCH aims to create the first European framework for the application of benchmarking methodology on robotic systems. The framework, specifically focused on bipedal robotic technologies, will include methods and tools to measure System Ability Levels on a rigorous, quantitative and replicable way. The successful achievement of this goal will put Europe at the forefront of the evaluation of robotic systems, facilitating the process of bringing innovative robotic technologies forward to market.

The idea, structure, and part of the methods proposed in EUROBENCH are the result of the previous achievements obtained in four years of collaborative work between the following five FP7 European projects, which include a solid methodology and several test benches already validated in relevant environment.

The collaboration between these projects demonstrated that wearable robots and humanoid robots share similar goals in terms of System Abilities, e.g. achieving stable, efficient and human-like locomotion[3]. The resulting benchmarking scheme received special attention from EU representatives[4] and was recently recognized by the MAR[5] as one of the most promising efforts on standardization and benchmarking in Europe. 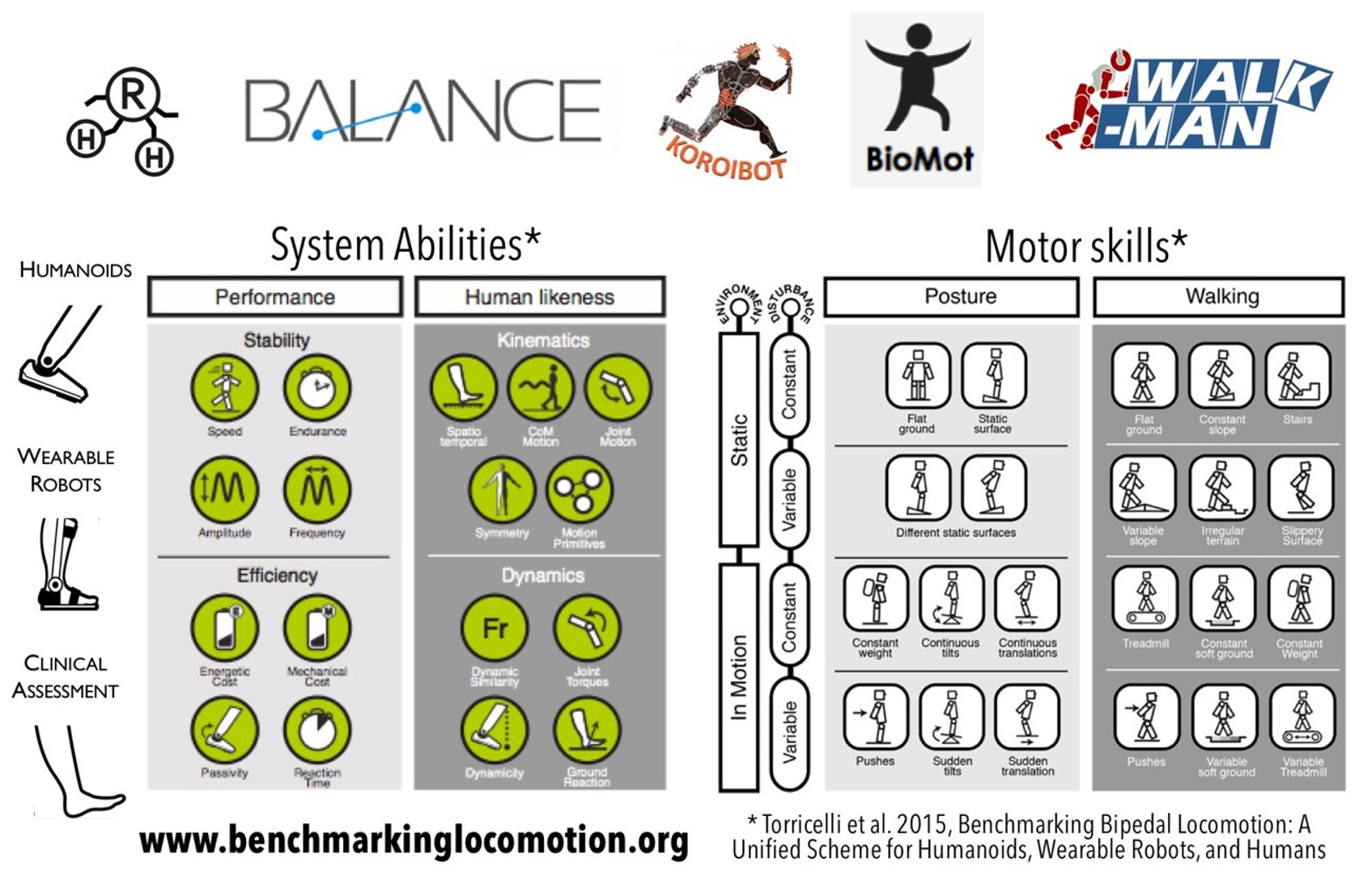