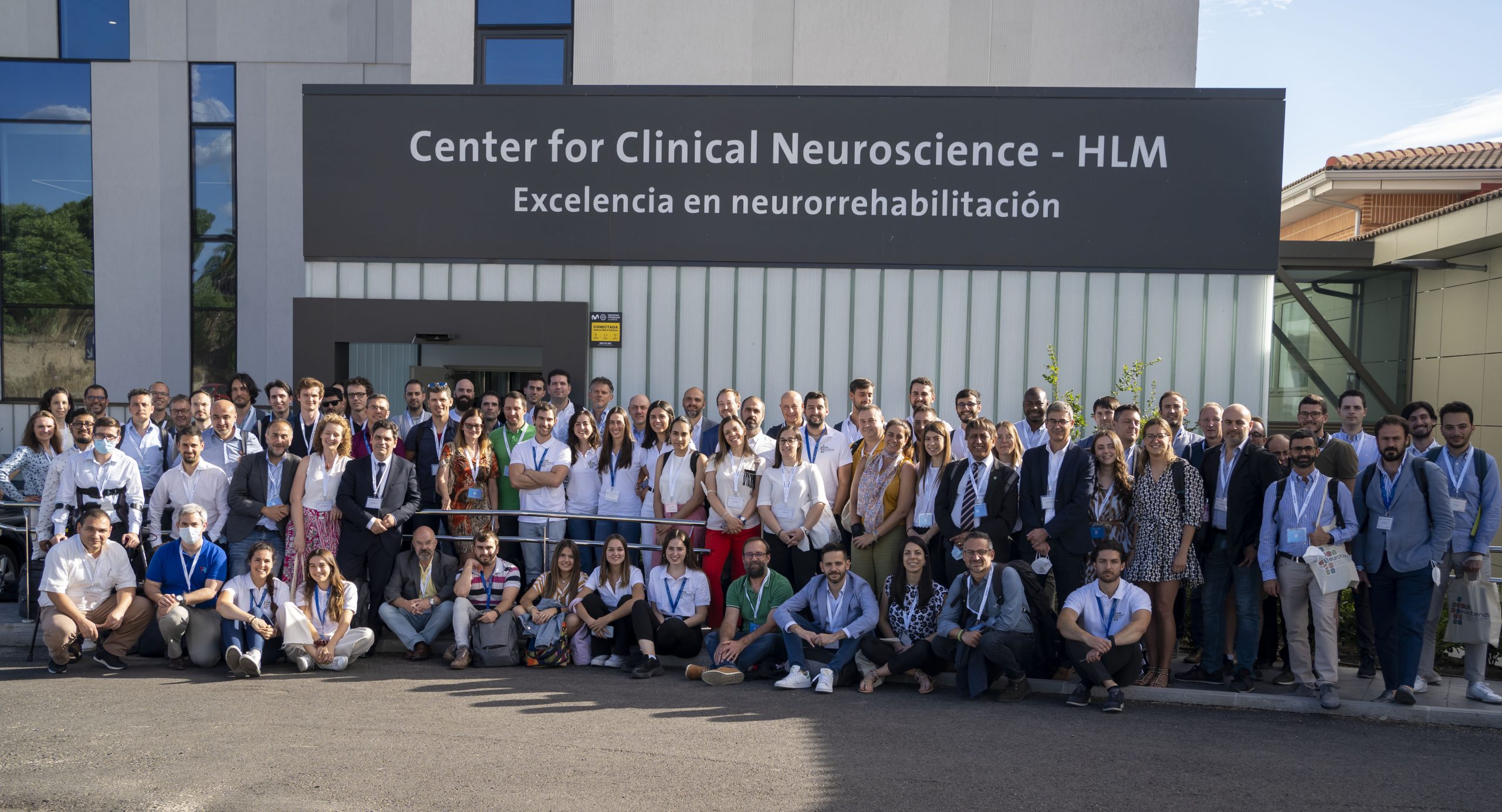 The EUROBENCH European project held its final venue, the EUROBENCH Summit, at the Hospital Los Madroños in Brunete (Madrid) on the last 21 & 22 of June. After several years of hard work, all consortium members have put the finishing touches on this event, with the goal to bring together all the entities involved in the project’s development.

During the venue, experts in robotics presented testbeds and results achieved within the EUROBENCH framework. Aside from networking and making important connections, attendees were also able to learn about the facilities and see demonstrations. The key events of the agenda were on the first day the closure plenary talk of Katja Daniela Mombaur from the University of Waterloo (Canada), as well as the plenary talk on the second day of Nicola Vitiello, Associate Professor at the Scuola Superiore Sant’Anna in Pisa (Italy). Both are experts on human-robot interaction, wearable and humanoid robots, and human motion analysis.

In addition, different public authorities attended the event, including the Regional Minister of Health of Madrid, Mr. Enrique Ruiz Escudero, and the General Director for Research and Technological Innovation of Madrid Regional Government, Ilma. Sra. Doña Ana Isabel Cremades Rodriguez. Both public authorities have participated in the institutional closings.

The EUROBENCH project’s goal is to establish the first benchmarking framework for robotic systems in Europe, allowing companies and researchers to test the quality of robots at all stages of development. In order to do so, the EUROBENCH consortium organized two open calls to fund projects for developing and validating facilities through the Financial Support to Third Parties (FSTP) procedure. That way the EUROBENCH consortium, together with the funded entities, has developed two testing facilities for robots and a unified benchmarking software.

With the unified Benchmarking Software, standardized tests can be carried out in any lab setting, performance scores can be calculated based on quantitative Performance Indicators and a unified database can be compared between systems.

To show all the results of several years of hard work, the EUROBENCH Summit was live streamed, through this link.